lawyer termination within probation Nearly all employees and employers spend substantial time every day at work or whilst commuting to work or back from there. Are you looking for a compensation because of that fact?

Additional there are many conflicting laws, judgements and large scope of interpretation. Collective agreements are common. And they are contradictory to the labor agreements as well. Many groups of employees are protected by special law.

All those regulations are interpreted by the labor court (Arbeitsgericht). Nearly all legal disputes (about 80 Percent) are settled by that court If there is a judgement, there is the chance of appeal to the state labor court (Landesarbeitsgericht). Revision is possible to German Federal Labor Court (Bundesarbeitsgericht) in Erfurt. Said German Federal Labor Court orientates its judgements by the European Court of Justice in Luxemburg. Appeal to EuGH is possible as well.

That regular complexity seems to supersede common sense. Indeed there is an absolute need of rational behavior. E.G.: An ineligibility period of twelve weeks applies in many cases of termination. Said terminations have to be brought to court to avoid that ineligibility period. There is alimit of three weeks after reception of the termination letter.

Often conflicts can be solved by negotiating.

lawyer termination within probation
We will be happy to help you. 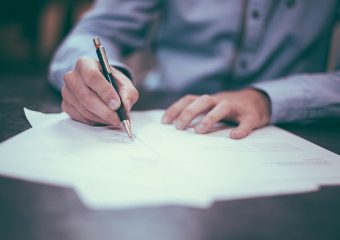